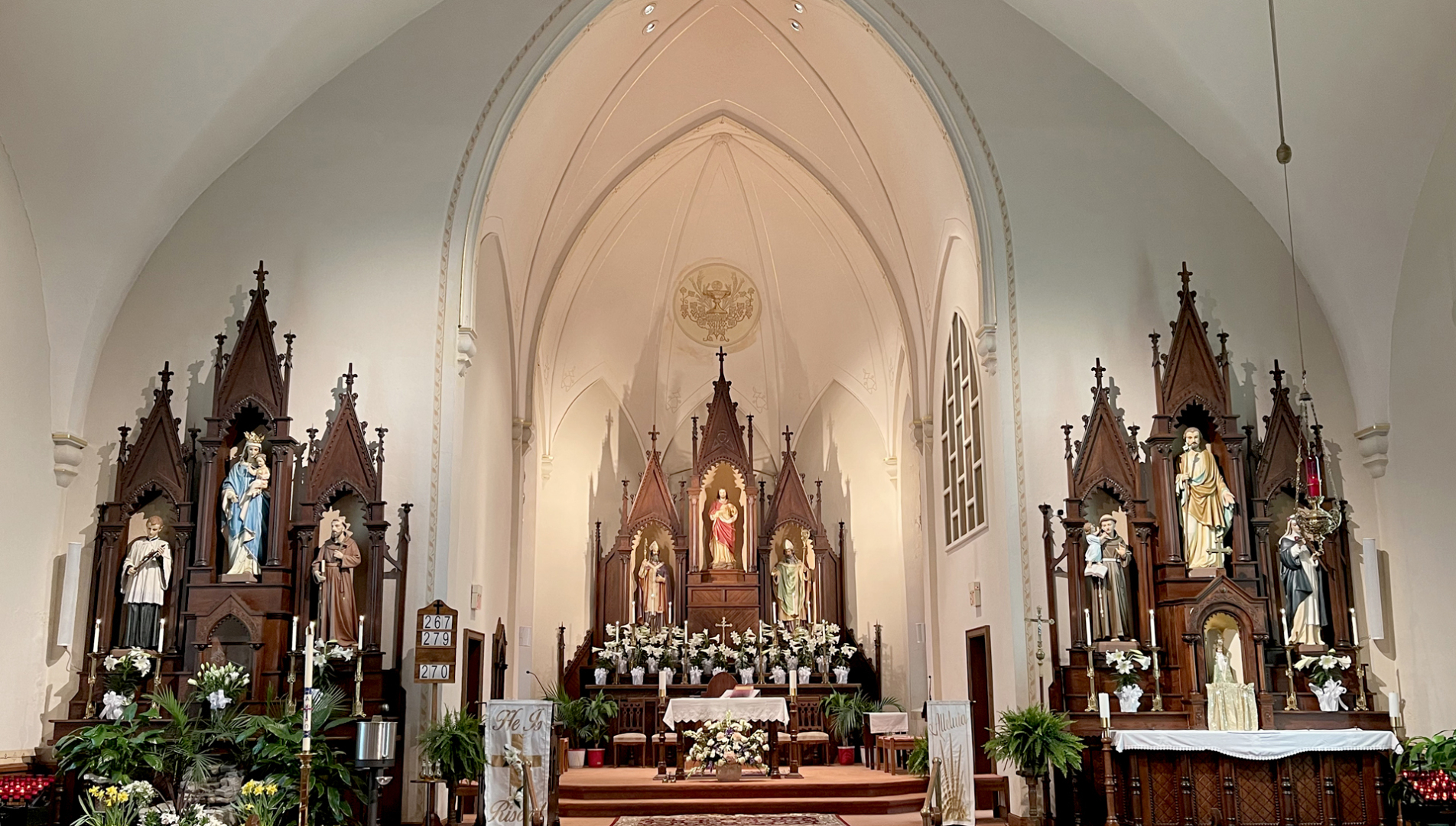 A Brief History of Our Parish & School

In the winter of 1869-70, land was purchased in Lawrence County, Tennessee by the Cincinnati Homestead Society for a new Catholic settlement in the Lawrenceburg area.  A small house was used as the first St. Joseph’s Church with Father Henry Hueser as the first pastor.  More Catholic families began to move in and a new frame church was built in 1872 on Berger Street.  The hard-working and faith-filled settlers wanted a school for their children, so Sisters of the Most Precious Blood came to staff the school.  It was housed in the original church building (small house) and the convent. 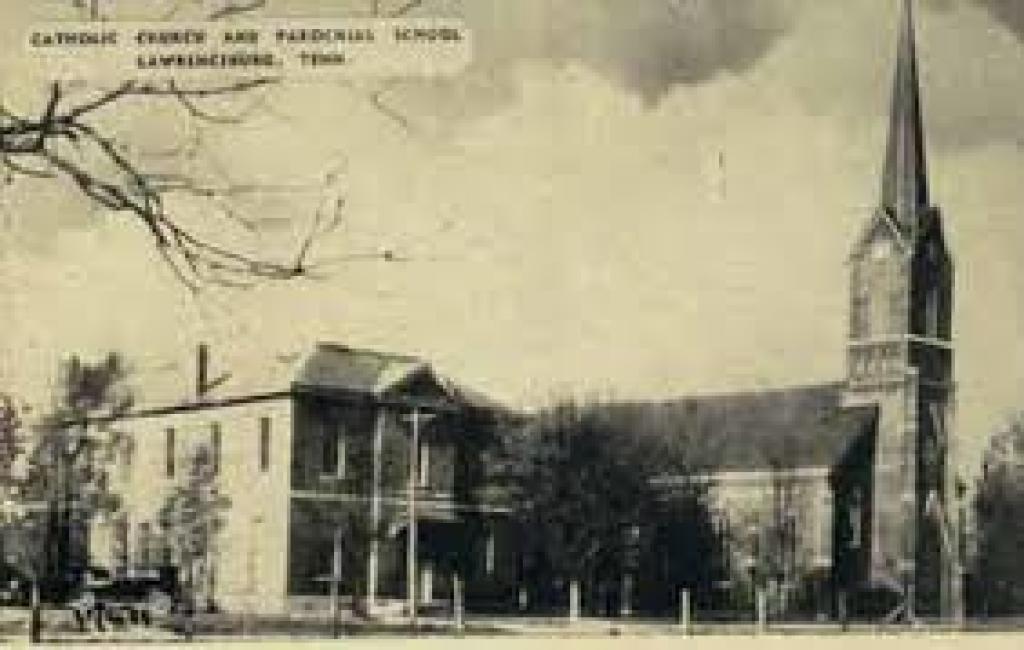 In 1866, plans were created for a new, grand brick church.   The cornerstone of the new church-dedicated to the Most Sacred Heart of Jesus-was laid in May of 1887.  The frame church was converted into the school.

In 1911-12, a new brick two-story school was built.  It was forty feet by seventy feet with four classrooms and a music room on the first floor and an auditorium on the second floor.  The cost was estimated at about $10.000.
The Precious Blood Sisters were succeeded by the Sisters of Mercy in staffing the school around 1918.  In 1920, the enrollment was around 140 pupils.  Some high school courses were taught.  Music courses cost $4.00 a month and tuition was $1.00 monthly per child.  Indoor plumbing was added to the school in 1935.

Eventually, the help of some lay teachers was needed, but the sisters remained in charge of the school.  In the mid-1950’s, the arrival of the Murray Ohio Manufacturing Company brought a new influx of parishioners.  School attendance increased by 12% in one year.  A new expansion was added to the north of the school including two new classrooms and a modern cafeteria.  In 1963 the old two-story building was demolished and two classrooms, a small library and an office were built in its place.

An endowment fund for the school was established by interested parishioners in 1982.  A building fund for more expansion to the school was started in 1984.  A small house across the street from the property was purchased as interim housing for a kindergarten class which began in 1984.  By 1991, two new classrooms, a gymnasium, dressing rooms, two bathrooms in the gymnasium area, a meeting room, and a concession area were added. 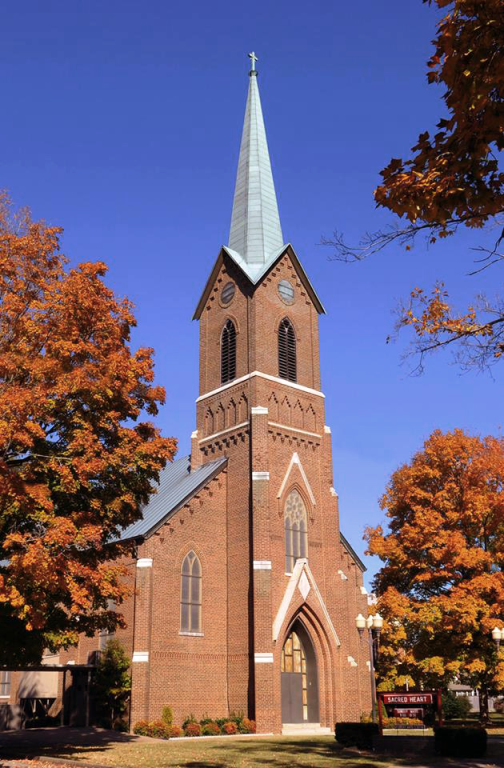 By the 1990s, the school was almost completely staffed by lay people with only one Sister of Mercy remaining as principal.  The school year of 1996-1997 was the last year that the school had a sister as principal.  A lay principal served the next two years and was joined by two religious sisters from India in addition to lay teachers. In the fall of 1999, the pastor assumed the role of principal for one year, but the staff has consisted of lay principals and faculty since that time.

The kindergarten was moved to the main building in 1994.  An after school daycare was started in January 2007; a preschool was added in the fall of 2007.

The school staff now consists of a principal, six full-time teachers, and a preschool assistant who also teaches the P.E. classes, a secretary, two cafeteria workers, and a part-time custodian.

The school is supported by tuition, and Fund-raising events like the "Labor Day Festival" and parish support.